Owner of the Crimson Club

Tough as nails, Francine Holloway has gained a reputation as a formidable businesswoman. Even the better-armed bootleggers find it easier to just do business with her rather than try and force her out.

She inherited the Crimson Club when her husband died, and promptly converted the stuffy gentleman’s club into a roaring speakeasy, shocking the city’s elite by allowing (carefully selected) negroes to join the club.

Since then she has survived at least four assassination attempts, more than a dozen police raids, and an explosive still. Unflappably calm, Francine doesn’t let anything worry her, she just smiles coolly, and encourages her clients to have a good time.

Whatever the controversy, you can expect Francine to be involved in it somewhere. 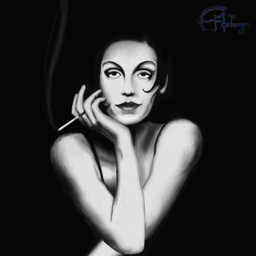